In addition to the beautiful video footage captured by the three cameras on board the Project Hermes payload, the data gathering modules attached to the radio permitted us to collect an array of interesting information about what happened during the Project Hermes flight. The on-board radio transmitter constantly relayed live information about the payload – longitude, latitude, temperature, etc.
From this data, I have formulated a number of graphs which show some intriguing information. 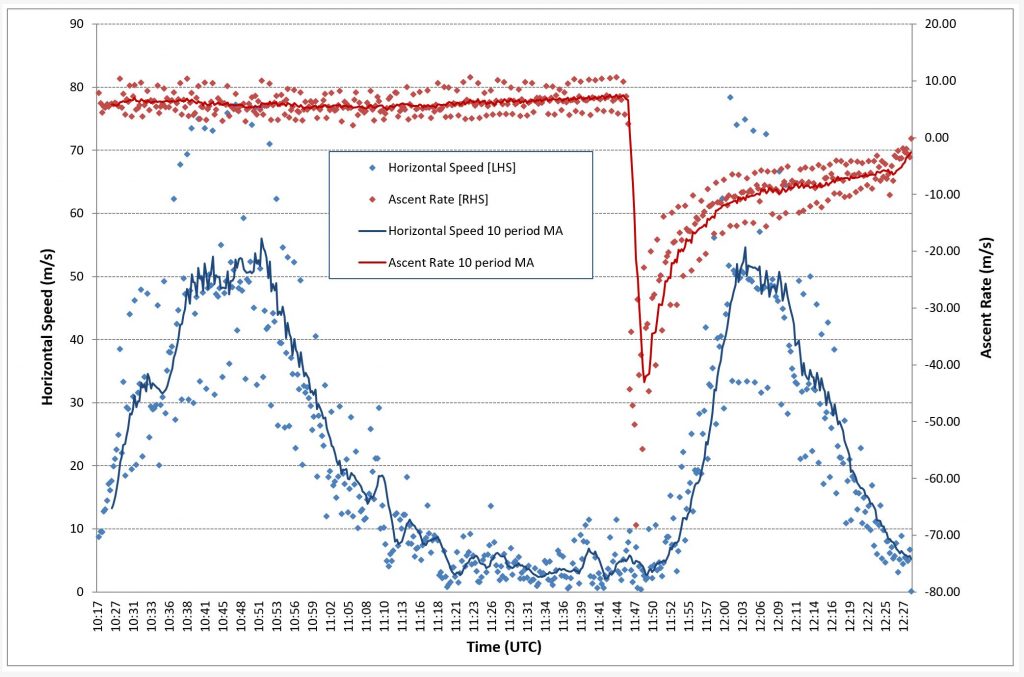 Exhibit A above shows a graph of ascent speed (rate) and horizontal land speed with time, with the raw data presented by the dot markers and a 10 period moving average trend line in order to better visualise the data. As expected, the ascent rate remains relatively constant with a small increase near bursting point, most likely caused by the thinning atmosphere (less air resistance) and a small decrease in effect of the Earth’s gravitational pull. At around 11:47 UTC, the balloon bursts and the graph indicates a considerable large acceleration downwards as evidenced by the steep gradient. The highest recorded speed (measured a few minutes after the balloon burst) was approximately 70 m/s (over 150 mph). The magnitude of this acceleration decreases in a non-linear fashion as the payload falls to the ground as the air thickens closer to the surface and the parachute has a greater effect. 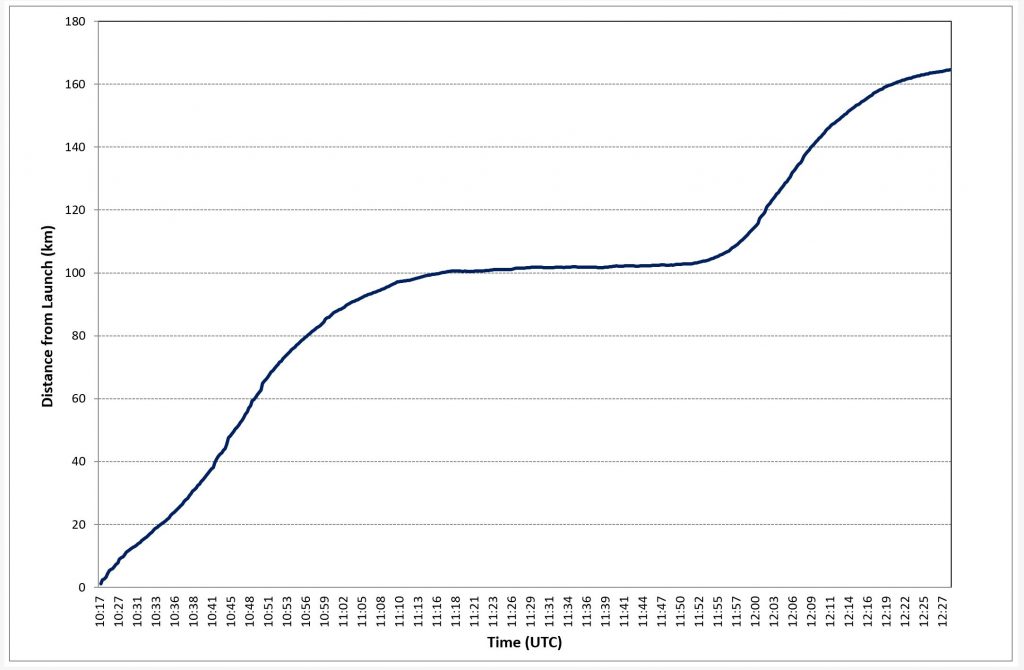 Exhibit B shows a graph of the “on ground” distance of the payload from the launch site with time. The distance travelled is calculated by using the difference in latitude and longitude from the launch site to find the components of displacement, then using Pythagoras theorem to find the resultant distance travelled. As we can see, the horizontal speed of the balloon peaks at around 10:51 UTC, gradually slowing down to almost zero at high altitude due to the almost non-existent winds in the thin air around the burst point, speeding up again later on when it re-enters the winds of the thicker atmosphere below. 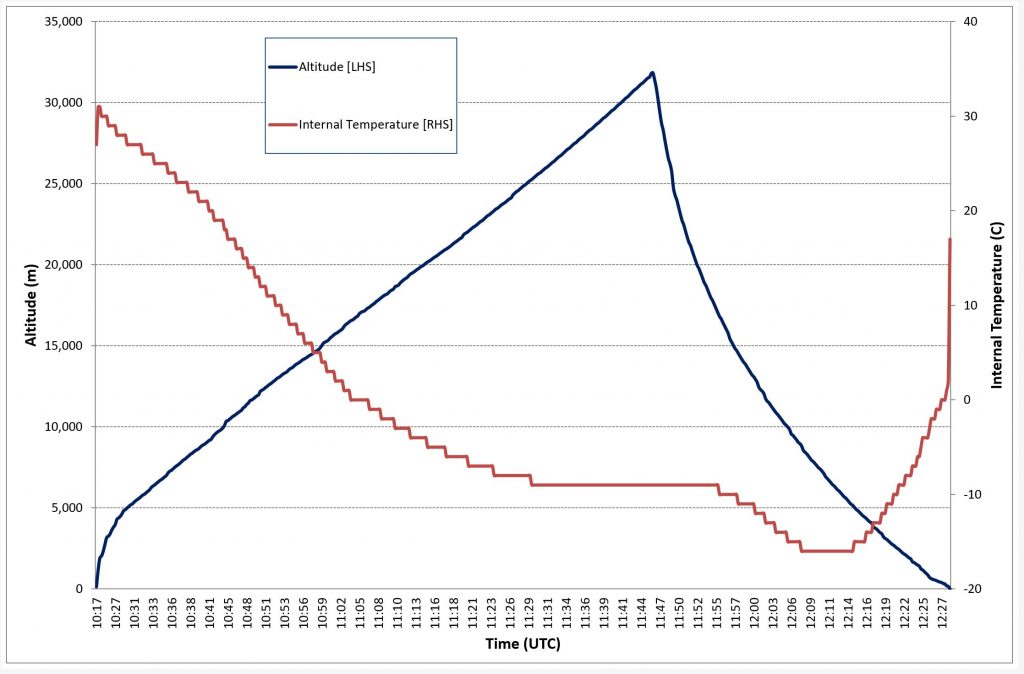 Exhibit C shows a graph of altitude and internal temperature with time. As we can see, the altitude increases in a fairly linear fashion after the first fifteen minutes of flight, sharply dropping after the burst as expected. Moreover, the temperature inside the payload decreases as the altitude increases – yet interestingly the temperature continues to drop even when the payload is descending into warmer air in the lower atmosphere. My hypothesis for this is that the hand-warmers that were placed into the payload to keep the videography equipment at a reasonable temperature had been preventing the temperature from decreasing as they would normally have. As time passes, the heating apparatus become less effective causing a reduction in temperature to below the values recorded at peak altitude, perhaps giving a better true representation of the actual outside temperature with the hand-warmers rendered ineffective.